It is less feature rich than the previous releases: most of the work in this release consists in refactorings and bug fixes.

If you want to upgrade to 6.1.1 without pain (or to any other version, by the way), I have created a Github project to help: angular-cli-diff. Choose the version you’re currently using (6.0.0 for example), and the target version (6.1.1 for example), and it gives you a diff of all files created by the CLI: angular-cli-diff/compare/6.0.0…6.1.1. You have no excuse for staying behind anymore!

Let’s see what we’ve got!

Even if that’s not super useful to you as a developer, the devkit project (upon which the CLI relies a lot internally) is now in the same repository than the angular-cli project.

It used to be slightly painful to open issues and contribute code, because it was hard to figure out which repository the issue/code belonged to.

The angular/devkit repository has been archived, and imported back into the angular/angular-cli repository, which is now the only source of truth.

If you check angular-cli-diff/compare/6.0.0…6.1.1, you’ll see that one of the changes is that "module": "es2015" is now used in all tsconfig.json files. It means that we now have the same behaviour when serving/building/testing the app.

A new option has been introduced called vendorSourceMap allowing to have source maps for vendor packages. You can use it with:

This can be useful for debugging your production packages and see what is really included, thanks to source-map-explorer.

For example, this is with sourceMap only: 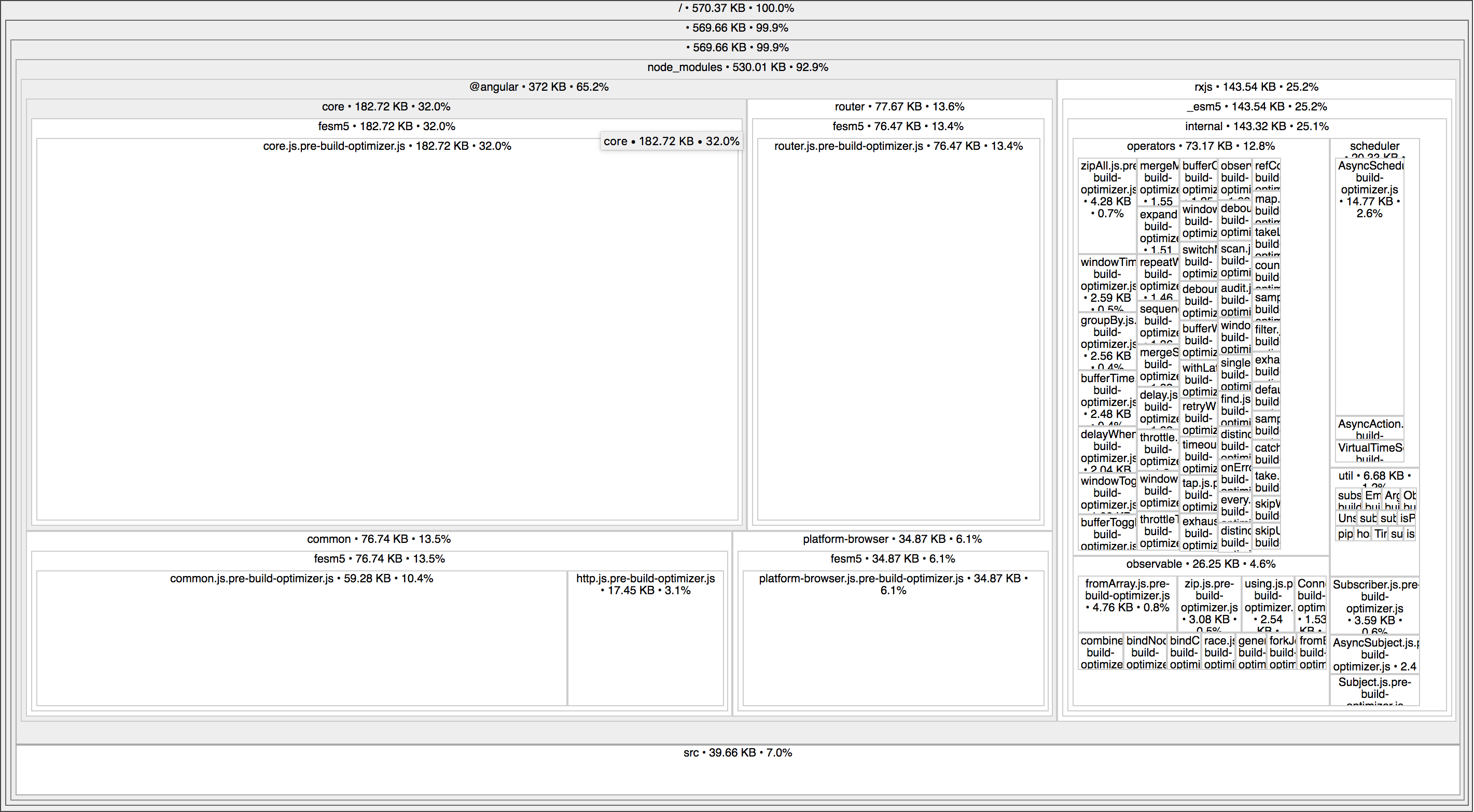 and the same source maps built with vendorSourceMap: 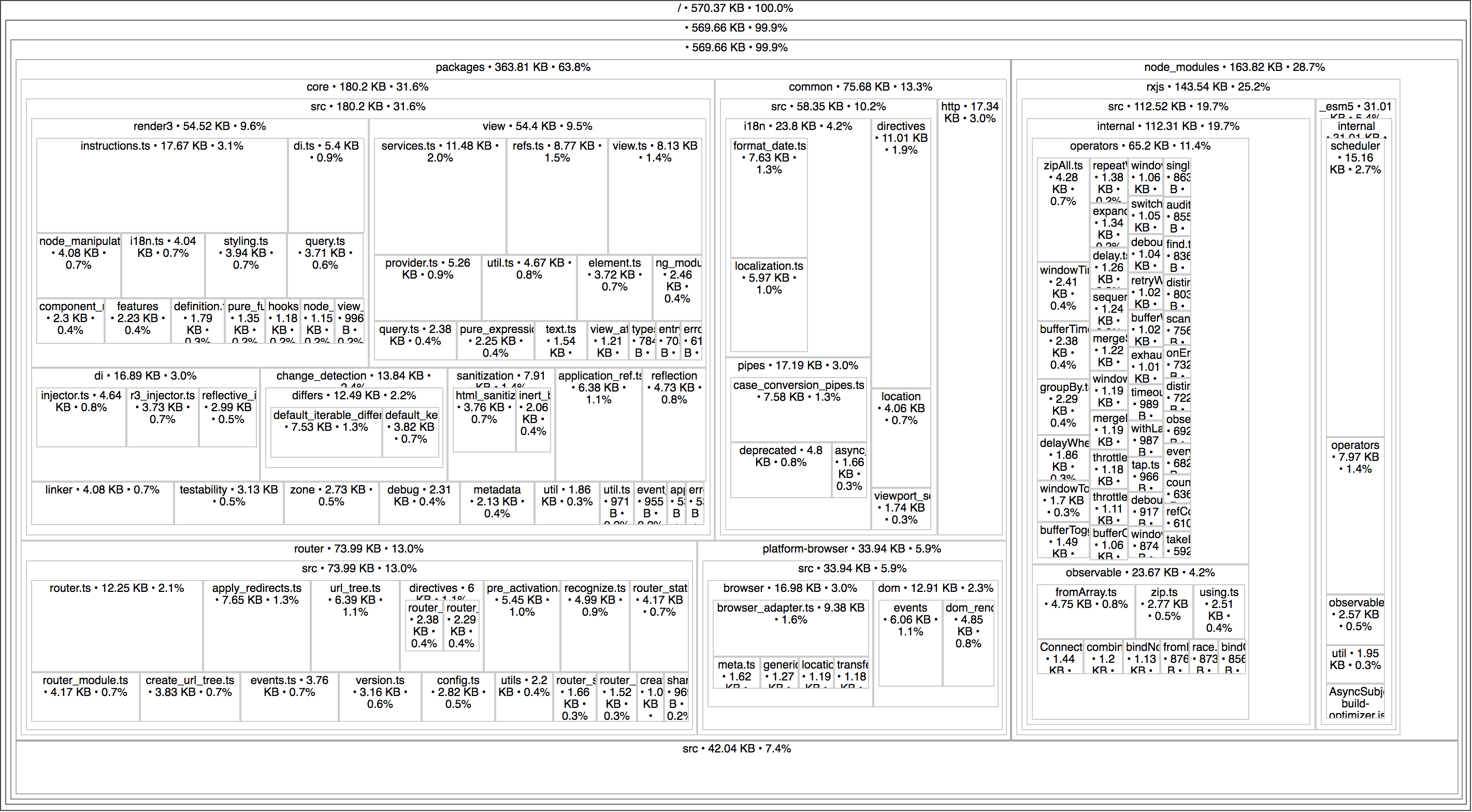